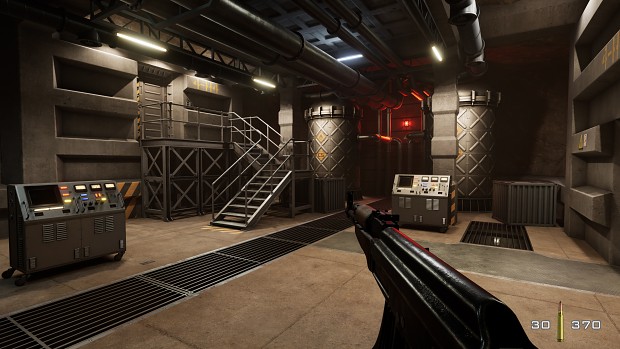 Screen cheating has always been the bane of split screen gaming. There’s nothing quite like sneakily creeping around corners only to find out your opponent has been right there waiting for you. Not out of any deduction or skill, just their ability to look at your portion of the screen. GG indeed.

This was notoriously bad back in the days of the much beloved GoldenEye on the 64. The game with such a strong cultural influence it’s Arecibo Observatory became an icon. According to Ars Technica, 25 years later one museum has finally fixed the screen cheating issues without the use of modern hardware.

The Centre for Computing History, in Camridge, England, held an event to celebrate 25 years of GoldenEye. This included dev talks as well as the museum’s very own playable GoldenEye setup. However, when talking about having the game available to play, employees at the museum began to lament memories of screen cheating, which led them to find an alternate solution.

They posted their multi CRT screen setup to Twitter, which had fans wondering how it could be done for themselves. After all, it seems more effective than dividing the screen with some taped on cardboard. Sadly, it required some old tech and isn’t something many of us could hope to replicate, but that’s what emulation is for.

4 screen GoldenEye on the original N64 hardware! No screencheating here! …but how? Come and experience this at our GoldenEye evening, celebrating 25 years of GoldenEye for Nintendo 64: https://t.co/F918hEQ20v pic.twitter.com/05jA82upb8May 4, 2022

Jason Fitzpatrick, the Centre for Computing History CEO and trustee, explained to Ars Technica that the museum’s multi-screen anti-cheat setup is by no means an elegant one. Luckily, Fitzpatrick also works for Pure Energy TV and Film Props, a company that specialises in some of this older tech, which provided access to plenty of older video equipment to make this work.

They used two C2-7210 video scaler units to take the GoldenEye signal straight from the original hardware, which can then split the signals and output them to different screens. It can also zoom in on any portion of the screen. Essentially this allows Fitzpatrick to zoom in on each split screen section, and present them on one of the TVs. They even set up another modified signal for the menus so they’re still usable despite this zoom.

“It’s not elegant in that basically you’re taking a 704×576 [pixel] image, and you’re just zooming into a quarter of it and then taking that quarter and stretching it across a full screen,” Fitzpatrick told Ars Technica. “Even though we’re dealing with something around 352×288 [pixels], give or take, as a resolution for each one of those quadrants, by the time it’s pulled up to full screen it looks all right.”

Still, it’s cool to see this was possible even on technology only available at the time. Of course most people wouldn’t have had access to this, but that’s why we’re always grateful for creative innovations by those who do.