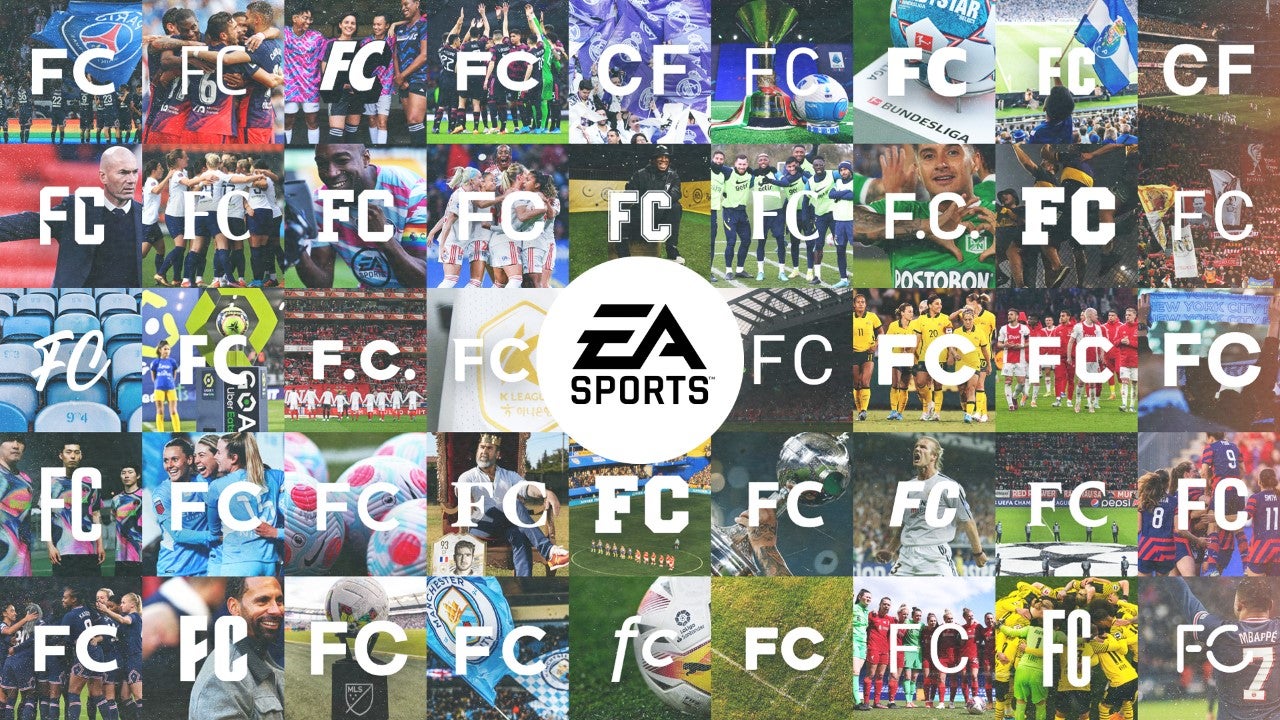 After almost 30 years, EA’s flagship football series will ditch its FIFA branding from next year.


Beginning in 2023, FIFA’s new name will be EA Sports FC – though expect the game to remain otherwise unchanged, with the same wide array of club and player licenses, as well as all the usual game modes.

“Everything you love about our games will be part of EA Sports FC – the same great experiences, modes, leagues, tournaments, clubs and athletes,” EA Sports exec Cam Weber wrote. “Ultimate Team, Career Mode, Pro Clubs and Volta Football will all be there.

“Our unique licensing portfolio of more than 19,000+ players, 700+ teams, 100+ stadiums and 30 leagues that we’ve continued to invest in for decades will still be there, uniquely in EA Sports FC. That includes exclusive partnerships with the Premier League, La Liga, Bundesliga, Serie A, the MLS – and more to come.”

Today’s press release includes a flurry of enthusiastic quotes from the Premier League, LaLiga, Bundesliga, UEFA, Conmebol and Nike, all reinforcing their commitment to stick with EA through the name change.

So, why change? Today, EA said Sports FC will be a new “independent platform” that brings oppurtunity to innovate and evolve. Exactly how, remains to be seen.


But a New York Times report last year suggested FIFA wanted “more than double” the amount of money it currently got from EA for the latter to renew its licence – amounting to over $1bn for each four-year World Cup cycle – as well as a singular focus on the sport itself. EA, meanwhile, reportedly wanted to explore other avenues using the FIFA licence, such as video game tournaments and digital products like NFTs.

We first heard of EA’s plans to ditch FIFA back in October last year, when the publisher said it was “exploring” the idea. Shortly after, a trademark for EA Sports FC was spotted, suggesting that EA had already settled on a new nametag.

EA then ramped up its rhetoric again in February this year, when EA boss Andrew Wilson described FIFA as simply “four letters on the front of the box” and an “impediment” to the publisher’s ambitions for the series.

“In a World Cup year of course, we get access to the World Cup,” Wilson continued at the time, “but in the broader context of global football on an annualised basis, the World Cup is important but it’s not the most important. We have 300 other licences that give us the content that our players engage with the most and the most deeply.”

As for this year, which of course is a World Cup year, the upcoming FIFA 23 will be released by EA with its current branding – as the last game in the series to do so.

“We are committed to ensuring the next FIFA is our best ever,” Weber concluded, “with more features, game modes, World Cup content, clubs, leagues, competitions, and players than any FIFA title before.”

EA said it would share more detail on EA Sports FC in summer 2023.

“Our vision for EA Sports FC is to create the largest and most impactful football club in the world, at the epicenter of football fandom,” Wilson said today. “For nearly 30 years, we’ve been building the world’s biggest football community – with hundreds of millions of players, thousands of athlete partners, and hundreds of leagues, federations, and teams. EA Sports FC will be the club for every one of them, and for football fans everywhere.

“We’re thankful for our many years of great partnership with FIFA. The future of global football is very bright, and fandom around the world has never been stronger. We have an incredible opportunity to put EA Sports FC at the heart of the sport, and to bring even more innovative and authentic experiences to the growing football audience.”