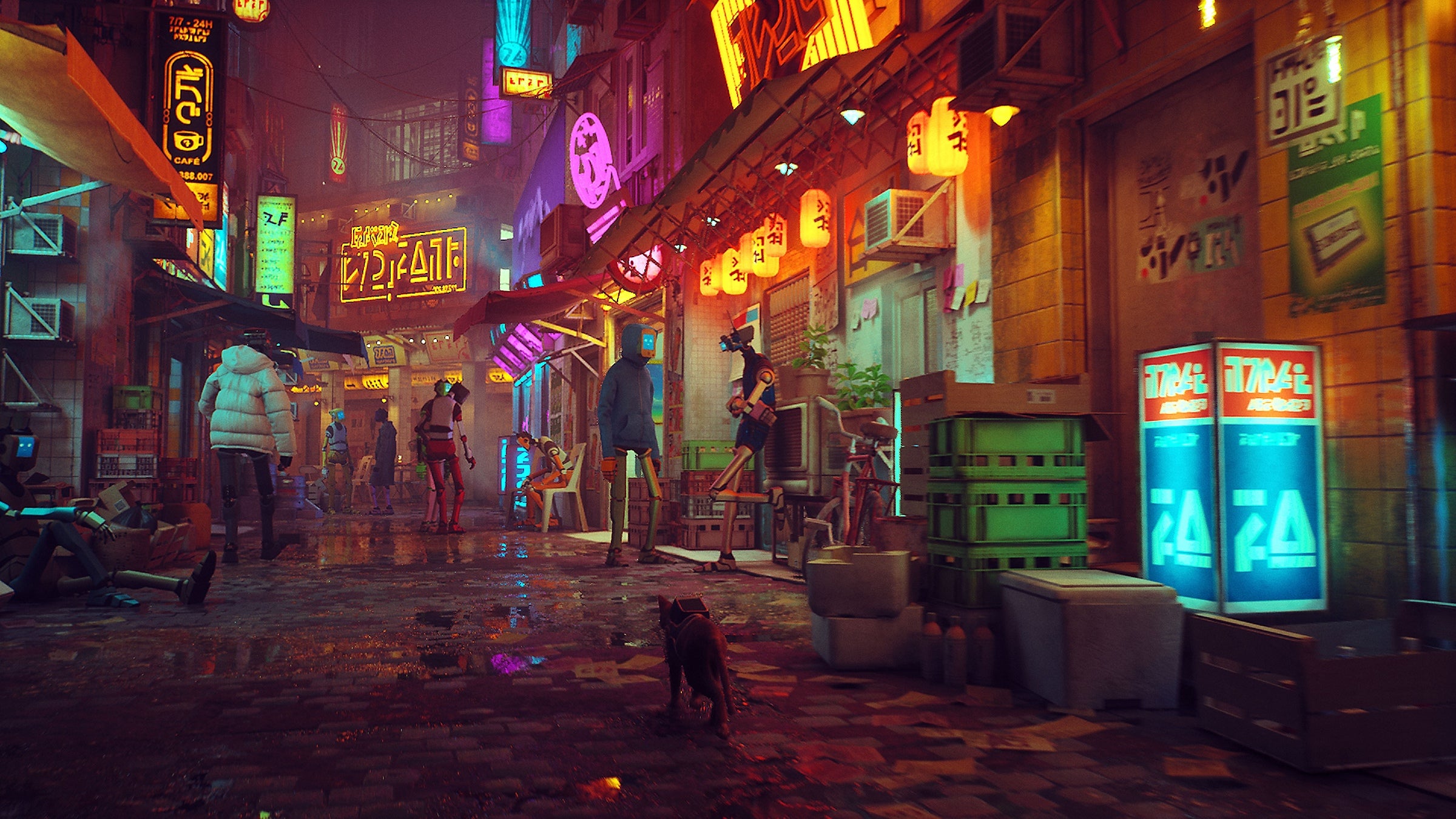 Stray, the third-person cat adventure game announced back in 2020, will be released this summer, according to Sony.

Originally slated for release in October 2021, in Stray, you play a lost kitty alone in a cybercity inhabited by human-like robots and dangerous creatures. Separated from family, you will need to untangle an ancient mystery in order to escape the city and find a way home.

During your journey, you will meet and befriend a small flying drone known as B12. With the drone’s help, you will both try to find a way out.

As the cat, you will explore the city’s neon-lit alleys and murky environments. As you roam high and low, you will need to defend yourself and interact with the environment.

You can be “stealthy, nimble, silly,” and “sometimes as annoying as possible” with the strange inhabitants of the world. Annoying, huh? I wonder if that means knocking stuff off tables and shelves, walking all over the kitchen counters, eating house plants and yaking them up, clawing the couch, and beating up the dog. That’s what my cats do at least.

Because it’s been a while since you’ve heard anything about the game, you should give the gameplay walkthrough above a watch. You can also enjoy the teaser trailer below.