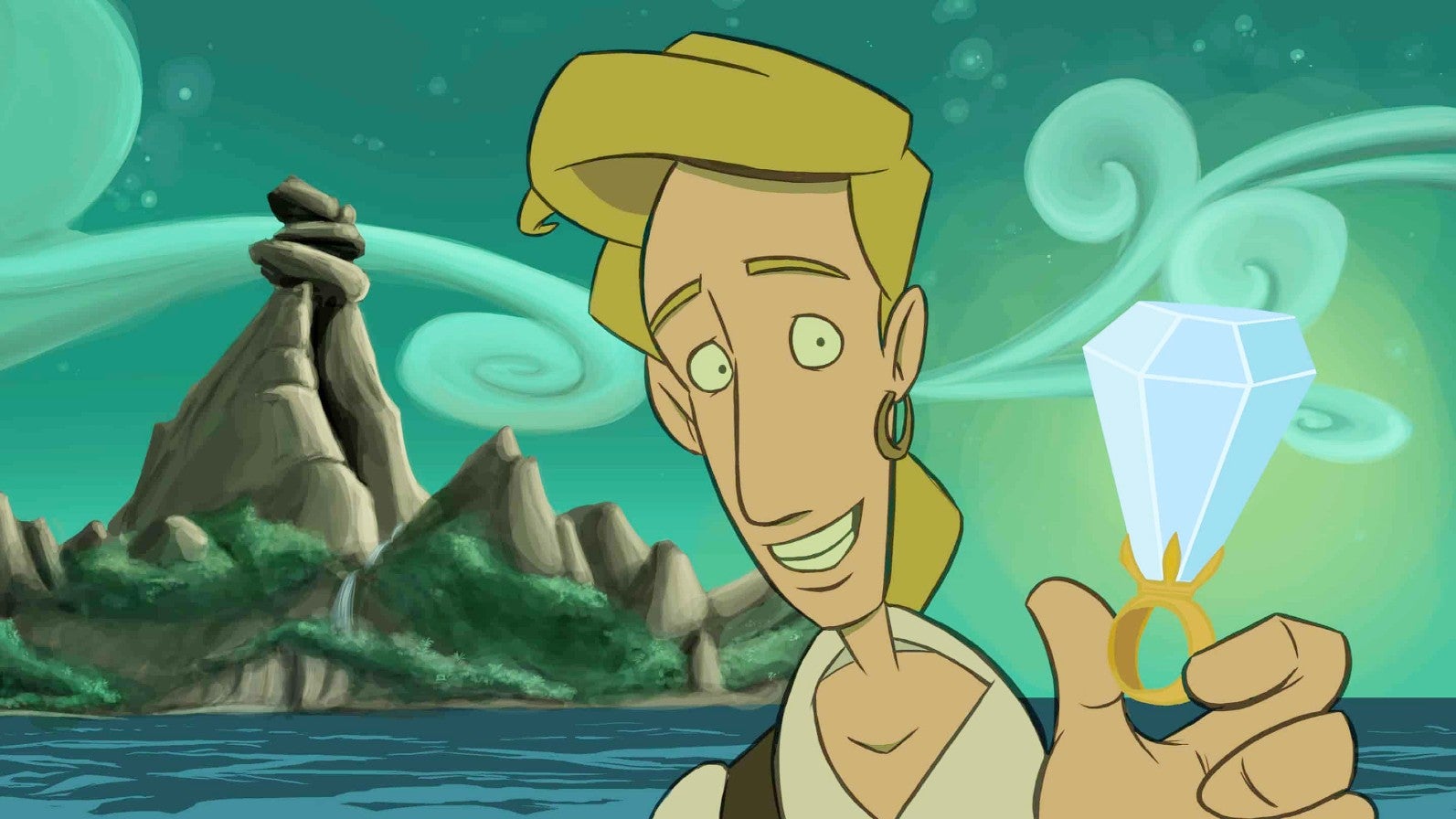 As many know already, the Monkey Island series took on a new look as well as a new creative team in its third outing, The Curse of Monkey Island. However, this new art style was not simply because of the change in management behind the game’s development. Rather, it was because of the tools being used behind the scenes.

“A new art path had to be developed for Curse of Monkey Island,” game designer Jonathon Ackley revealed on Twitter.

“2D games of the time scanned drawings straight to raster, causing heavy aliasing. We used US Animation. It vectorised the line art before compositing and colour/resolution reduction, creating smoother art,” he explained.

In addition to this little nugget of information, when asked if the game’s animation was done with the vectors on PC, Ackley also revealed that every frame of animation in Curse of Monkey Island was “all drawn on paper” first.

“Some digital touch up might have to be done to make interactive animations line up. And of course, the 3D was 3D. The water highlights were actually 3D rendered,” he continued.

A new art path had to be developed for Curse of #MonkeyIsland. 2D #games of the time scanned drawings straight to raster, causing heavy aliasing. We used U.S. Animation. It vectorized the line art before compositing and color/resolution reduction, creating smoother art. #gamedev pic.twitter.com/sSNBsIZO4p


Sadly, Ackley does not own any of the original drawings from The Curse of Monkey Island, nor does he know where they even are now, which is a real shame.

Meanwhile, the series’ original creator, Ron Gilbert, has been gearing up for the release of Return to Monkey Island. This will be his first foray back into the world of Guybrush Threepwood and Elaine Marley since LeChuck’s Revenge (which originally came out in 1991).

Gilbert has revealed that Return to Monkey Island will pick up after the events of Monkey Island 2: LeChuck’s Revenge and start off in an amusement park. At the time of writing, there is no firm release date for this next game in the series, although we do know it is due to come out some time this year.