Strange Scaffold’s hit indie title Space Warlord Organ Trading Simulator launched on PC and Xbox via Game Pass last December. However, in a surprise move, the developer has announced that its organ trading sim is out right now on Nintendo Switch. Well, that’s the quickest deal we’ve seen in a while!

With a name like Space Warlord Organ Trading Simulator, you can tell this is going to be something very different. You are an organ trader who makes profits from body parts. Throughout space, you’ll be trading and selling with unusual clients such as a mysterious astronaut-looking dude named Quartermaster, a fungus (maybe?) called Farmer Popkin, and “legally not a dog” Chad Shakespeare, who looks like a dog. 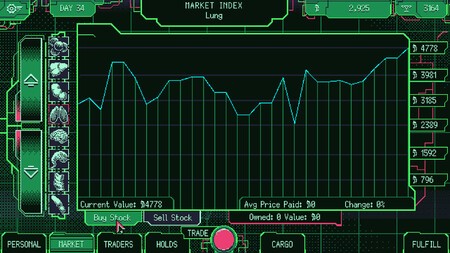 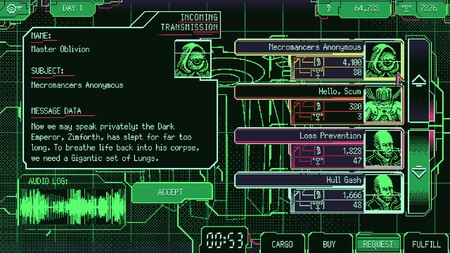 The game is pretty grotesque but in all of the right ways. You’re handling innards, after all. But it’s an examination of capitalism through the lens of meat and organ trading in the middle of space. The Switch version contains all of the previously-released DLC from the PC and Xbox releases, which includes January’s Harvester update. There are also upcoming crossovers with other hit titles Inscryption, Among Us, and Bugsnax.

That’s not all, though. Strange Scaffold is partnering with Serenity Forge to release a physical edition of the game. And look, it’s that “dog” again, right there!

– A physical Nintendo Switch cartridge containing the game
– An illustrated inner cover sheet
– A gorgeous holographic sticker of one of your favorite buyers that is legally not a dog
– A soundtrack download card to jam out to as you sell harvested organs
– A folded poster with a unique illustration
– A real, functioning kidney
– Until supplies last, not every copy will feature a kidney

We hope that the last one isn’t true. We didn’t sign up to be real organ traders, just virtual ones! We should’ve known something was up when the press release asked us if we enjoy organs.

You can pre-order the physical edition of Space Warlord Organ Trading Simulator from Serenity Forge’s store for $34.99, with copies due to ship in the autumn. There’s a good amount of stuff there for a good price!

If you’re a fan of the game’s music from composer RJ Lake, you can also snap up this gorgeous-looking blood red and money green marbled vinyl set. Pre-orders are also open for the vinyl soundtrack for $31.99 from Serenity Forge, and it should be shipped out to you towards the end of the year.

If you can’t wait, though, you can get the game on the US eShop right now for $19.99. And here’s a little wish from us — on PC, the game is compatible with the Kinect, so maybe we could get some Joy-Con support on Switch? Let us grab the organs with our hands!

Have you played Space Warlord Organ Trading Simulator? Or will you be trying this out on Switch today? Let us know in the comments.