Netflix has unveiled two teaser trailers for its upcoming Resident Evil series, due to release on July 14th. You check out the trailers themselves in our original post, but in the meantime, there’s an awful lot to unpack here, so we thought we’d share some of the most intriguing images from the two trailers and see what’s going in New Raccoon City.

The first trailer kicks off by giving us a glimpse at the main characters in the show: Billie and Jade Wesker. They’re moving to ‘New Raccoon City’ which, by the looks of it, appears to be an entire city manufactured by Umbrella Corporation. 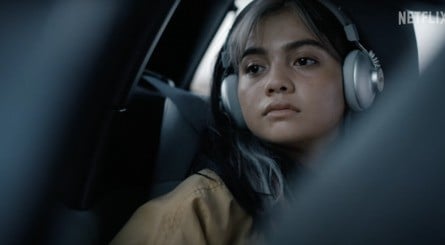 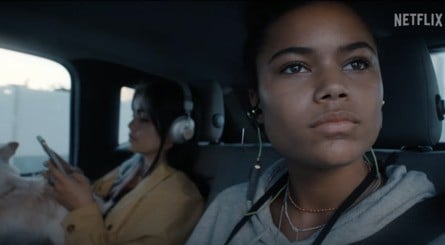 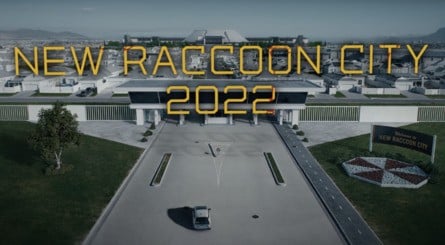 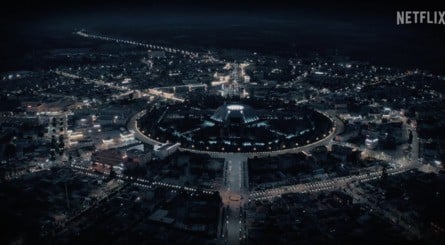 We then move onto some pretty ominous scenes, with Albert Wesker himself (played by the esteemed Lance Reddick) peering into a microscope, before showcasing a rat going nuts and smashing itself against a glass enclosure (which seems to be the way all zombie movies start, right?). We also get a glimpse of the umbrellaisjoy.com website, which takes you to the second teaser trailer (we’ll take a look at that in a bit). 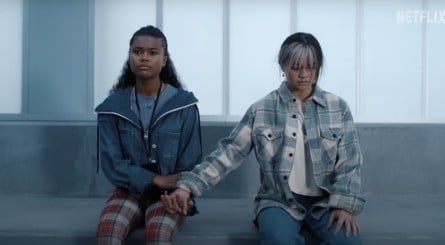 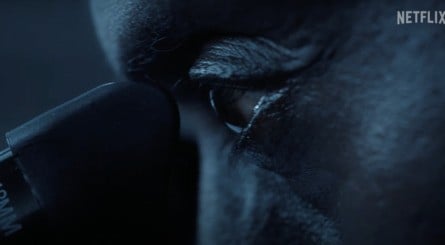 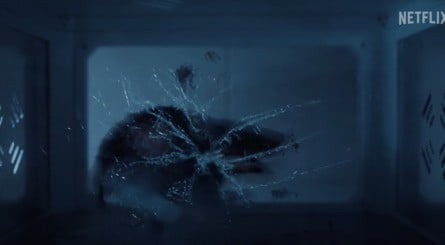 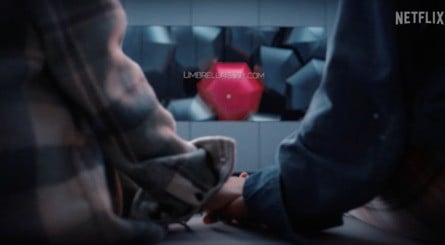 In the next batch of screens, we move to London in the year 2036. It’s clear that something went terribly wrong at Umbrella (shock!), and the city of London now lies in ruins. We get a look at a battle-hardened Jade Wesker, who gazes in horror at a sea of ravaging zombies. What’s not clear at this stage is where New Raccoon City is located. Is it near London? Is it in another country? This may well be a global event taking place. 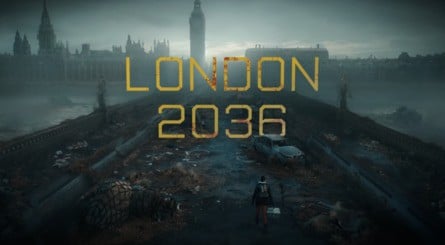 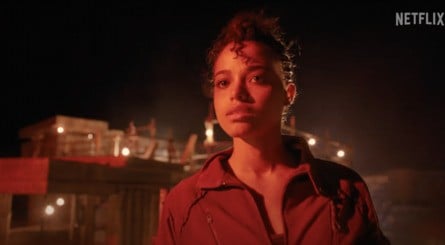 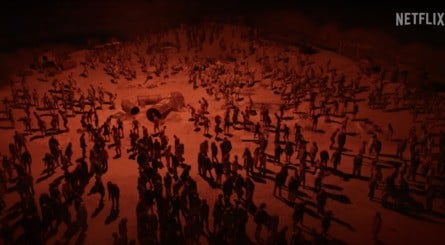 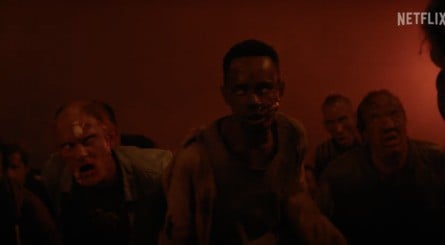 Finally, we get lots of quick shots showing characters and actions set-pieces. We’re not sure who the chap in the first shot is; maybe a modern version of James Marcus? Not sure… If you have ideas, let us know. We then get a look at who we assume to be Ada Wong (or it could be a version of Excella Gionne from RE5), before catching a brief glimpse at what appears to be a Tyrant, then a slobbering zombie dog. 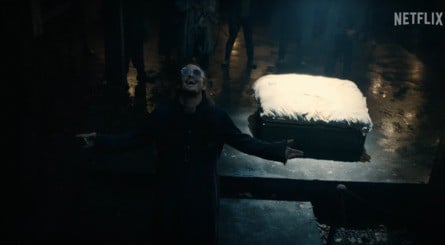 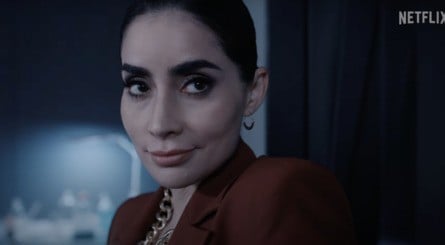 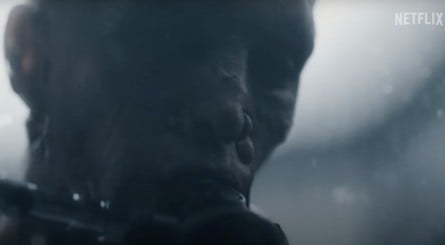 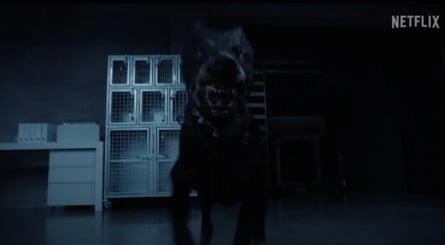 The second, somewhat secret teaser trailer is arguably more interesting than the first. It gives more information on ‘Joy’, which is what Umbrella seems to be calling its anti-depressant drug. Unfortunately, the drug itself contains the deadly T-Virus, so… oh no, etc!

The first batch of screens take place in an Umbrella conference room, with a rather joyful (ahh!) looking teddy bear hologram introducing the Joy drug, which Albert Wesker explains is a “miracle cure”. We then see Ada Wong (we assume) who strikes a look as if to say “nah, that ain’t no cure”. 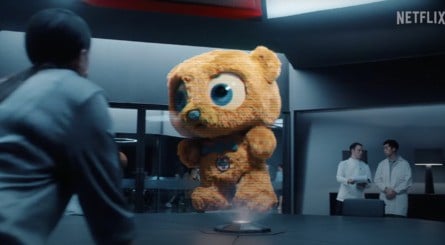 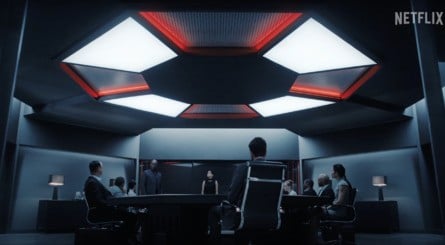 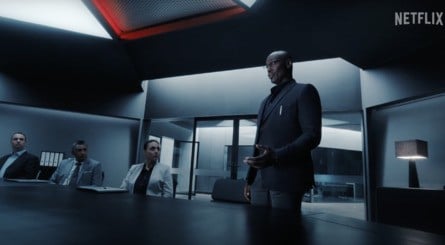 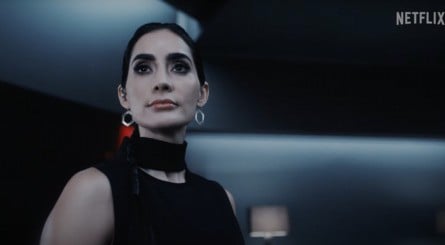 Next, we get a look at the manufacturing process of the Joy drug, with Wesker explaining the presence of the T-Virus, which “creates monsters”. Our assumption here is that Wesker distributes the drug across New Raccoon City (and possibly the world), knowingly retaining the T-Virus within. 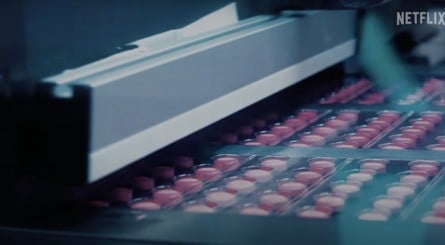 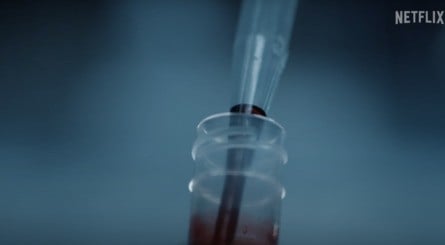 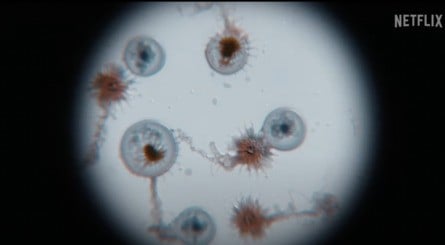 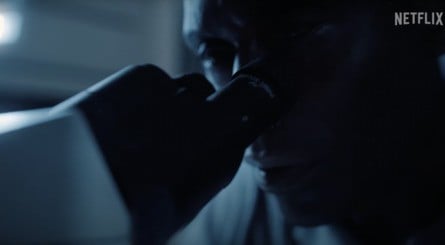 Finally, we move back to London in 2036. We get a look at the same zombie scene we covered earlier, before moving onto some awesome glimpses of classic Resident Evil beasties. First up is the Zombie Dog, which looks like it’s about to make that poor person’s day a lot worse. Next, the iconic Licker faces off against Jade, before we move onto a zombie running (yes, running) down a corridor. Finally, a giant maggot or termite smashes out of the ground and roars – yikes. 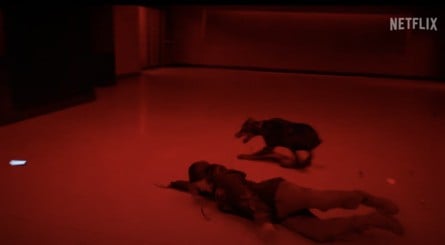 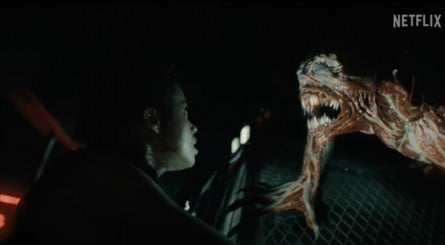 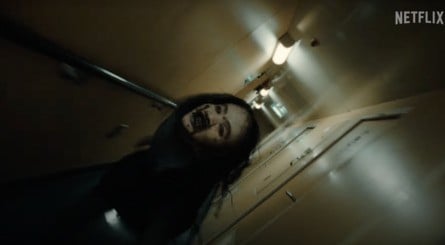 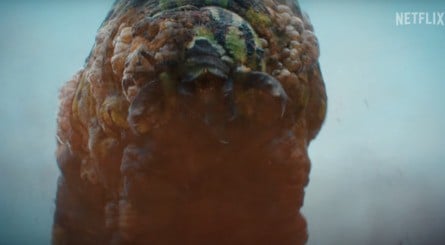 So there you have it! If we’ve missed anything glaring here, please do let us know in the comments and we’ll look to get the article updated. We did catch the giant spider, but since the scene looked so dark and blurry, it just didn’t seem worthwhile trying to capture a screenshot.

Let us know your thoughts on Netflix’s Resident Evil series. Are you looking forward to this fresh approach to the lore, or would you prefer Netflix stuck closer to the source material?