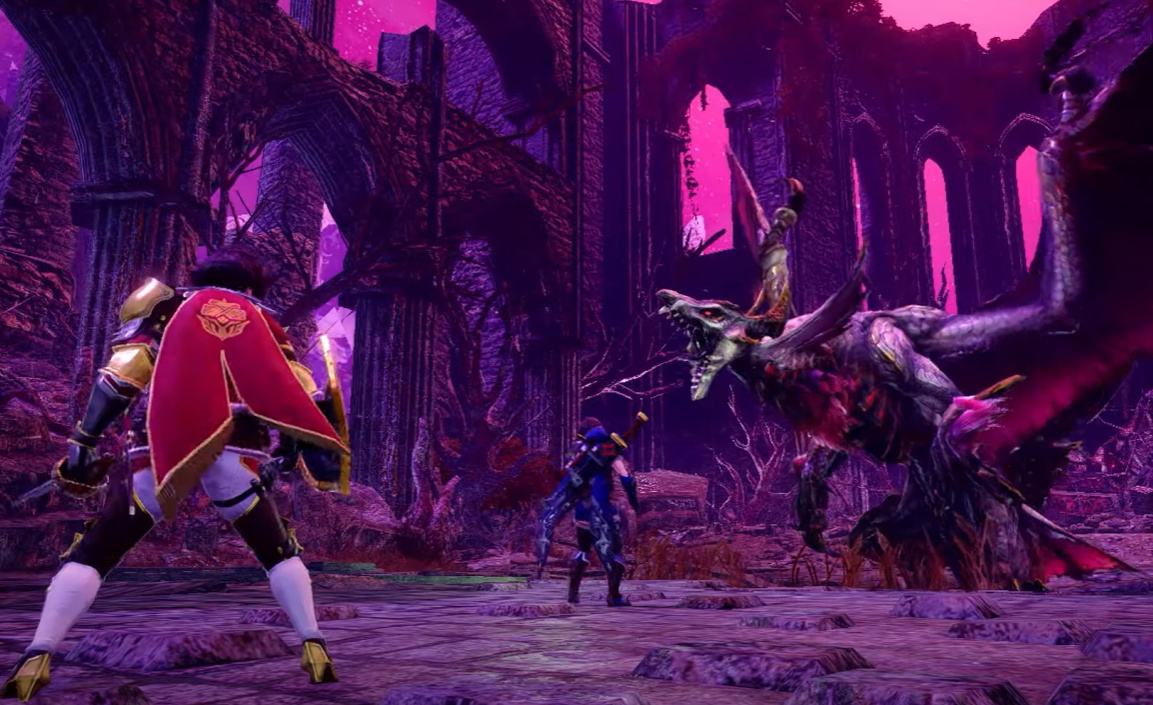 Today brought us the May Monster Hunter Digital Event, which unsurprisingly was dedicated to the upcoming ‘massive expansion’ for Monster Hunter Rise – Sunbreak; it launches on 30th June. The headline part of the broadcast was the flashy new trailer (above) that set the scene for some further details.

An announcement that stood out to us related to Sunbreak having all-new ‘Follower Quests’; these are single-player only and involve you heading into battle accompanied by story characters. They’ll pitch in and help, with each having distinct fighting styles; they’ll even behave like human players and ride monsters, for example. It seems like an enjoyable way to experience some extra storytelling, and in addition to follower quests with characters from the new Sunbreak hub (Elgado), there’ll also be some of these with Kamura residents in the base game, such as Hinoa and Minoto.

The showcase also talked more about monsters; for example we saw Seregios, the flagship from Monster Hunter 4 UItimate, which means ‘bleed’ effects are back. Then we have Aurora Somnacanth, a variation with deadly ice attacks instead of the sleep variations of the original; we also saw Magma Almudron to heat things up. The showcase showed more of Sunbreak’s flagship monster Malzeno – it can command creatures to capture other monsters and absorb their life force; it also inflicts ‘Bloodblight’ on hunters, triggering ‘a battle of life force’ that you must win to survive.

Beyond that we learned that a lot of returning monsters from the base game will have new moves and combos to shake things up, and hunters will be able to utilise ‘Switch Skill Swap’. As the name implies you’ll be able to have two loadouts of Switch Skills and swap between them during a hunt, and when doing this in a battle you can utilise a ‘Swap Evade’ as well.

Be sure to check out the full presentation below, in which a gorgeous new Pro Controller was also revealed.

Lots of cool information, and there’ll no doubt be more to come before release on 30th June. So, are you excited about Monster Hunter Rise: Sunbreak?