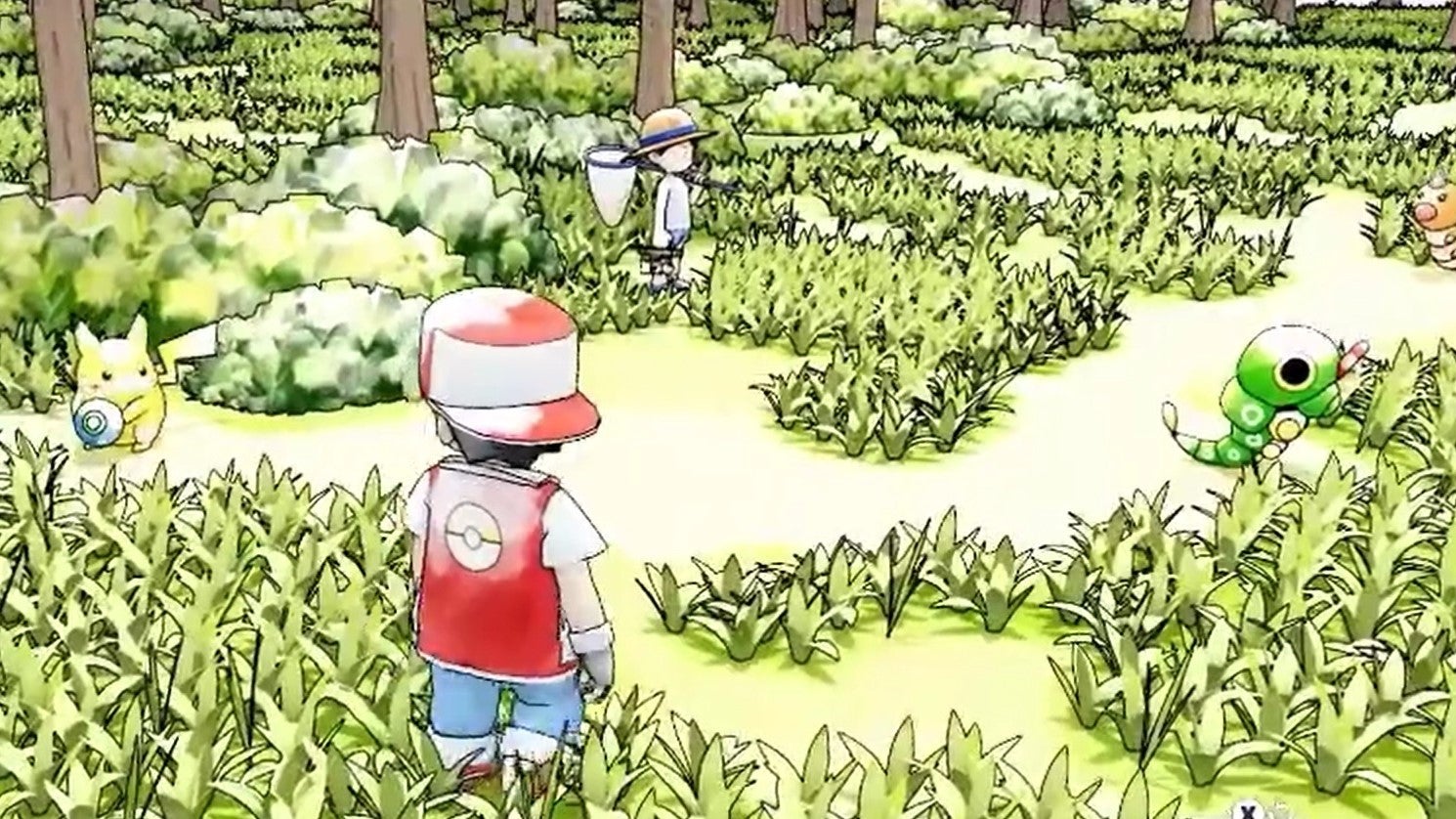 A Pokémon Red and Blue fan reimagining has placed the games’ classic artwork into a modern remake that will sadly never come to exist.

The @pokeyugami Twitter account, which describes itself as a group “creating fan art with the theme of Pokémon in [a] space-time different from ours,” posted a short clip of protagonist Red walking through Viridian forest from the original games.

Instead of being top-down 2D, however, or in a modern 3D style like the remakes, Pokémon Let’s Go Pikachu and Eevee, this style blends new and old with a painted-style artwork over 3D models.

A handful of Pokémon can be seen in the video including Caterpie, Weedle, and, of course, Pikachu (who’s eating an Oran berry), all lore accurate to the Viridian Forest area. A Pokéball can also be spotted in the background before Red gets locks eyes with a Youngster trainer.

The clip is just a fan project and not tied to Nintendo or The Pokémon Company in any way, so we’ll never actually see a Pokémon game look this way, unless the off chance the companies themselves are inspired by the fan art.

Pokémon appears to be going in very different directions though, with the aforementioned Let’s Go games and the more recent Brilliant Diamond and Shining Pearl showing that future remakes will more likely follow a modern cartoon-looking art style.

The Pokémon Company is experimenting a bit though with Pokémon Legends: Arceus being released earlier this year, which threw players back in time to an ancient version of the Sinnoh region from Diamond and Pearl.

The next mainline entries will return to traditional Pokémon gameplay though, albeit in an open world, as Nintendo announced in February that Pokémon Scarlet and Violet would be released towards the end of 2022.