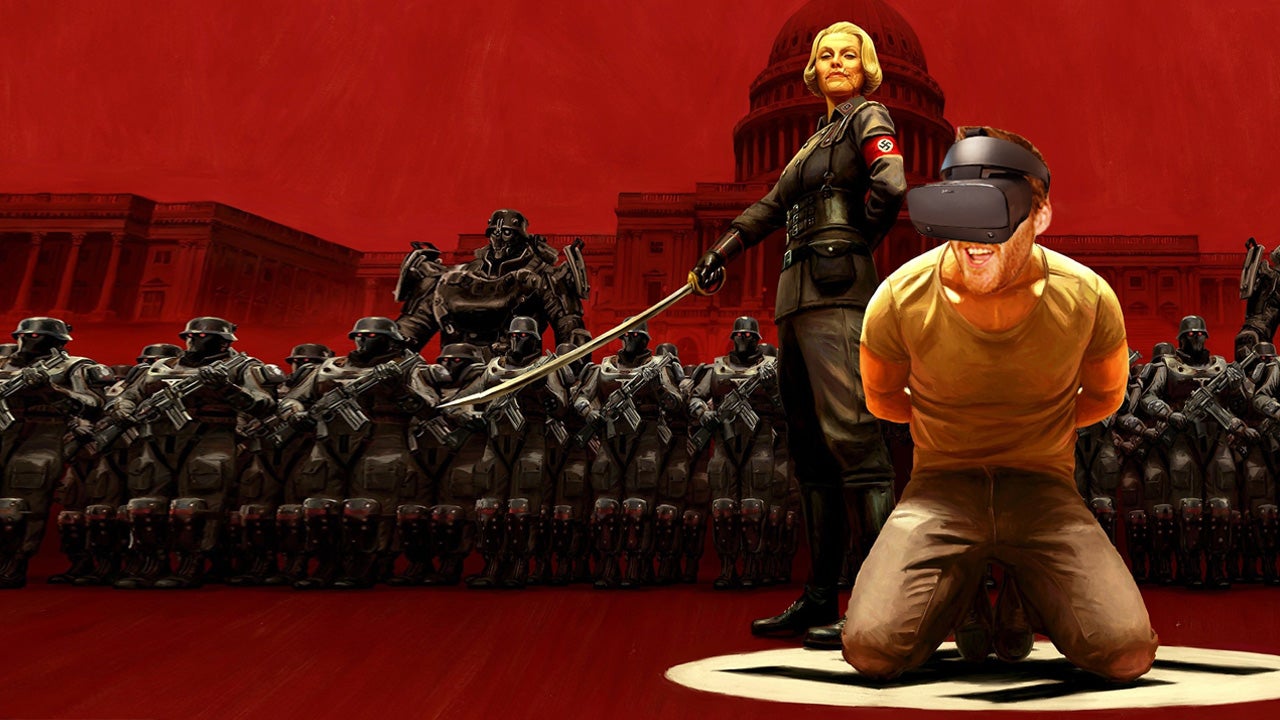 The mod itself is free to download from Helifax’s website and you can watch me put it through its paces in traditionally immature, VR Corner style in the video above.

The mod itself features “synced eye (single-frame stereo instanced) full 6DOF VR with Ray Tracing (not AER)” which in layman’s terms means it looks very pretty and you can fully move your head and look around in all directions.

Helifax has also implimented a kind of faux motion-control control scheme that maps the gun aiming to either the mouse or the right thumbstick of your controller of choice. It’s a unique way to control a flat screen to VR game but it’s one that takes a little while to get used to. Playing it this way means it’s impossible to aim down sights and because of this I often fumbled with the position of my gun. At the same time though, once it clicks, it does feel like a good compromise between fully immersive motion-controls and standard controller aiming.

The mod itself is a little more complex to setup that others I’ve featured in the past but once you have it up and running the results are rather impressive. Wolfenstein’s chunky world that’s full of bulky cyber-tech and mechanical monstrosities looks fantastic in VR and I found the gameplay to be way more exciting here than in MachineGames’ offical VR release, Wolfenstein: Cyberpilot.

Helifax’s mod isn’t perfect though and there’s definitely room for improvement especially when it comes to the UI and the subtitles which are often either too small to read or placed far below your eye line. Some button prompts on mission objectives can be tricky to activate as well, which led to a few frustrating moments as I made my way through the campaign.

If you’d like to support Helifax’s modding work and check out his other non-VR mods that bring fully synced 3D to games like Doom Eternal, you can find his Patreon here.